Shopping Cart
Your Cart is Empty
Quantity:
Subtotal
Taxes
Shipping
Total
There was an error with PayPalClick here to try again

Thank you for your business!You should be receiving an order confirmation from Paypal shortly.Exit Shopping Cart

The Once In A Blue Moon 1*M

In 2011, after two years of being involved in dairy goats we decided to add Saanens to the herd for their laid back disposition and willingness to milk. After months of trying to find a kid, we came across a family dispersing their small Saanen herd after their children lost interested and in the group was "Blue Moon", or her barn name, Luna.

Over the years Luna developed into more than we could of ever predicted, since then she has had multiple best in show awards, high appraisal scores, earned her milking star and is one leg away from her permanent championship! Luna is an extremely powerful doe excelling in dairy strength and body capacity with an incredible willingness to milk. She also has a high, wide and well attached mammary system and produces over two gallons a day at her peak production with consistency of production throughout the year. A picture does speak for itself in this case! Her daughters have been just as successful as Luna, including one daughter winning Best Junior Doe in Show at the 2015 Eastern States Exposition and another winning High 305 Milk and Butterfat at the 2018 ADGA National Show! We love watching this doe develop year after year and watch her daughters developed into outstanding does themselves. We finally have a grandaughter of Luna who is just as beautiful and powerful even as a junior kid, she was also the 4th place junior kid at the 2016 National Show at just two months old.

Due to the breeder not registering their backyard herd for a few generations Luna had to be registered native on appearance. We are working on breeding up from her to reach the Saanen herd book.

1st Place Produce of Dam (Represented by Time & Once) 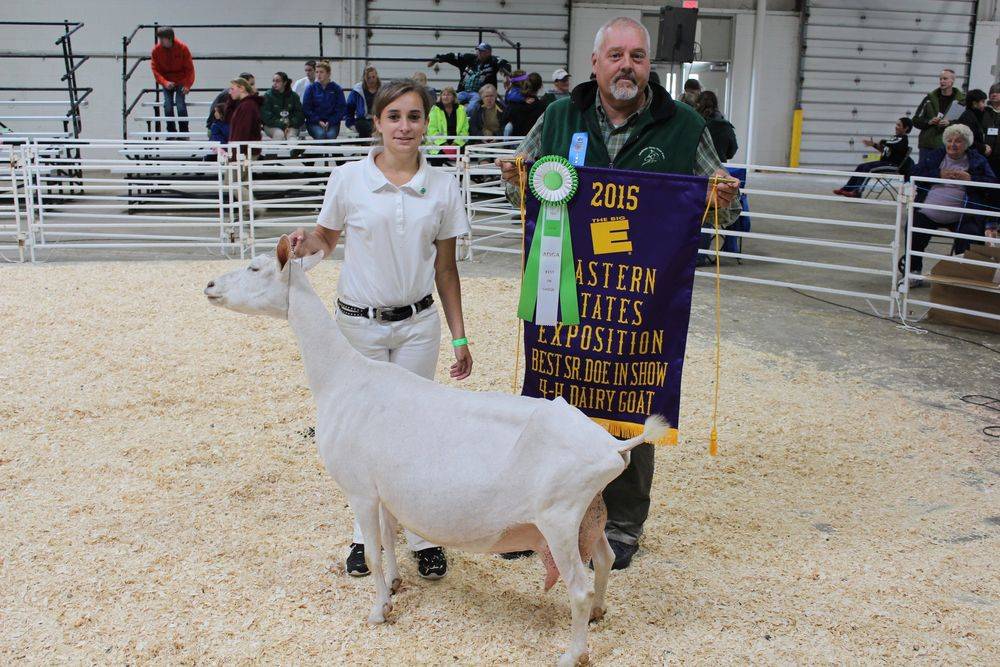 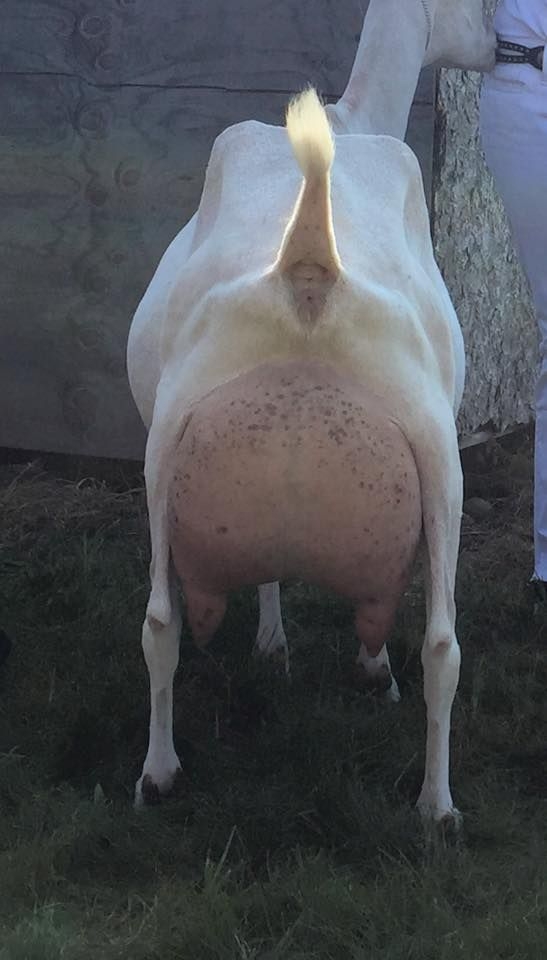 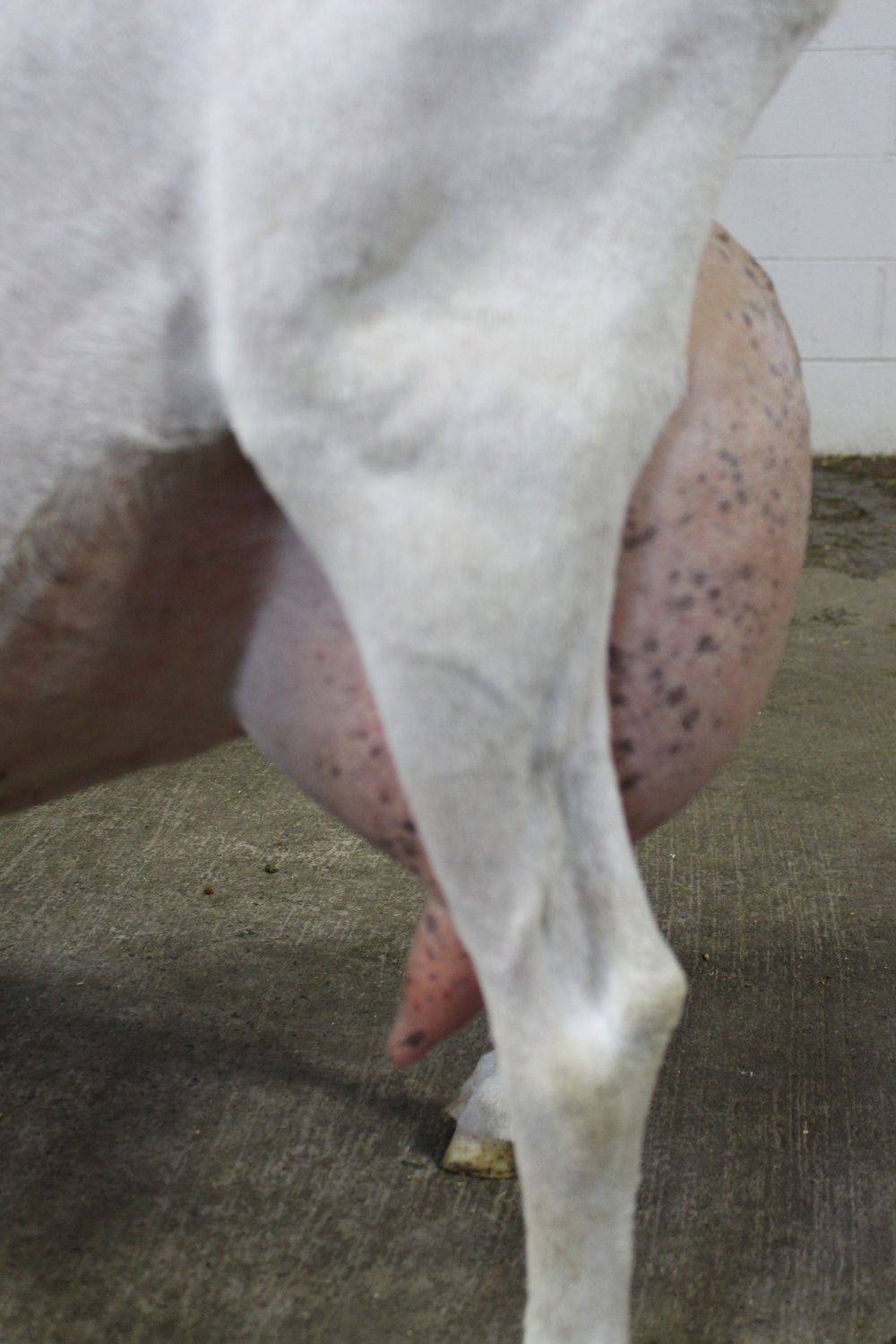 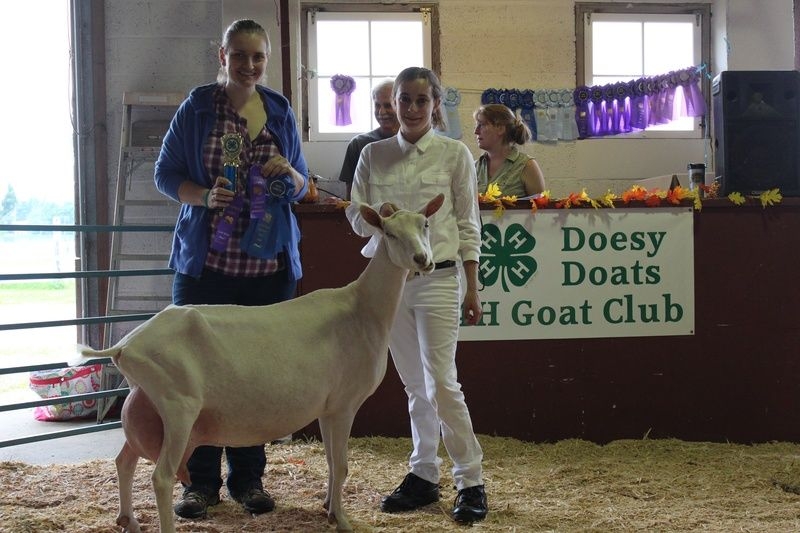 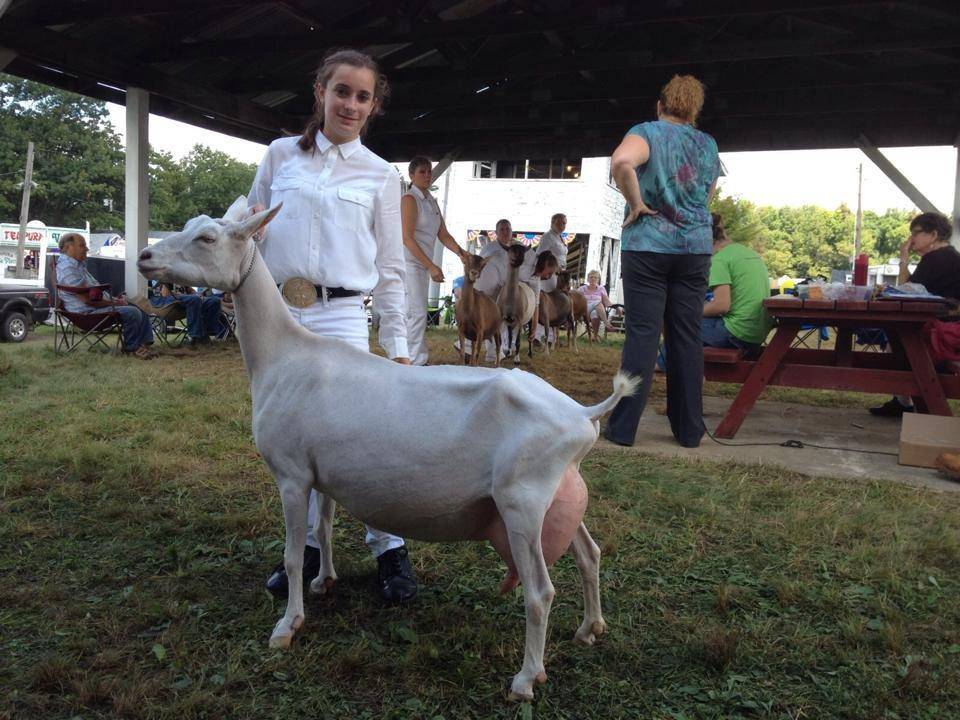 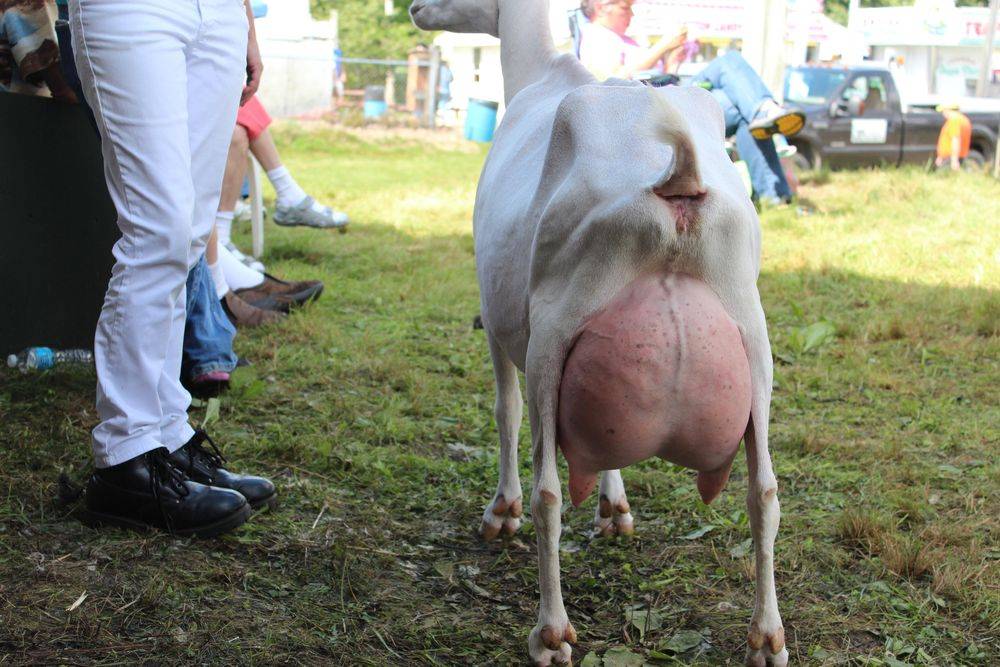 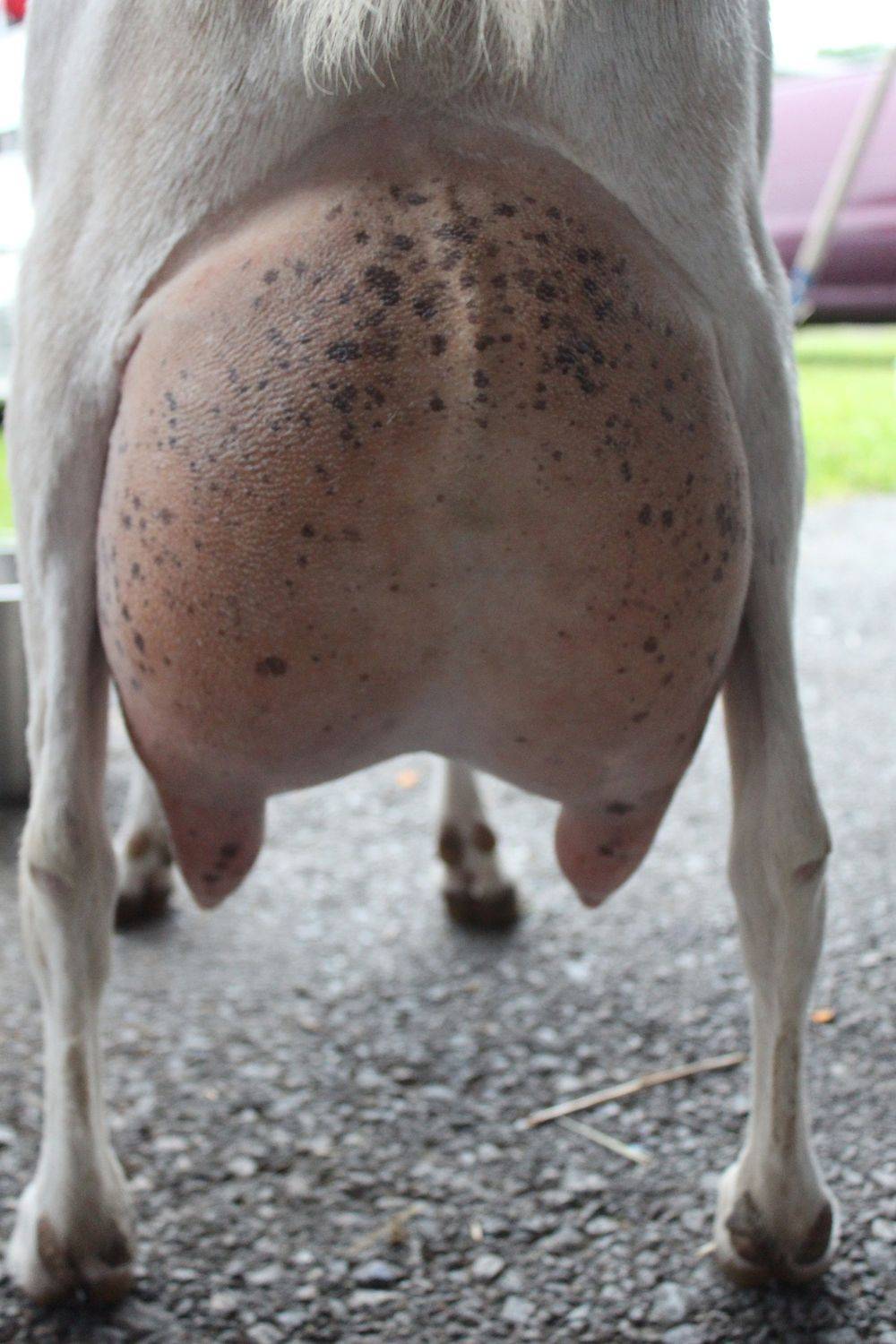 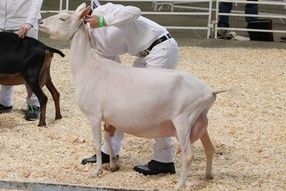 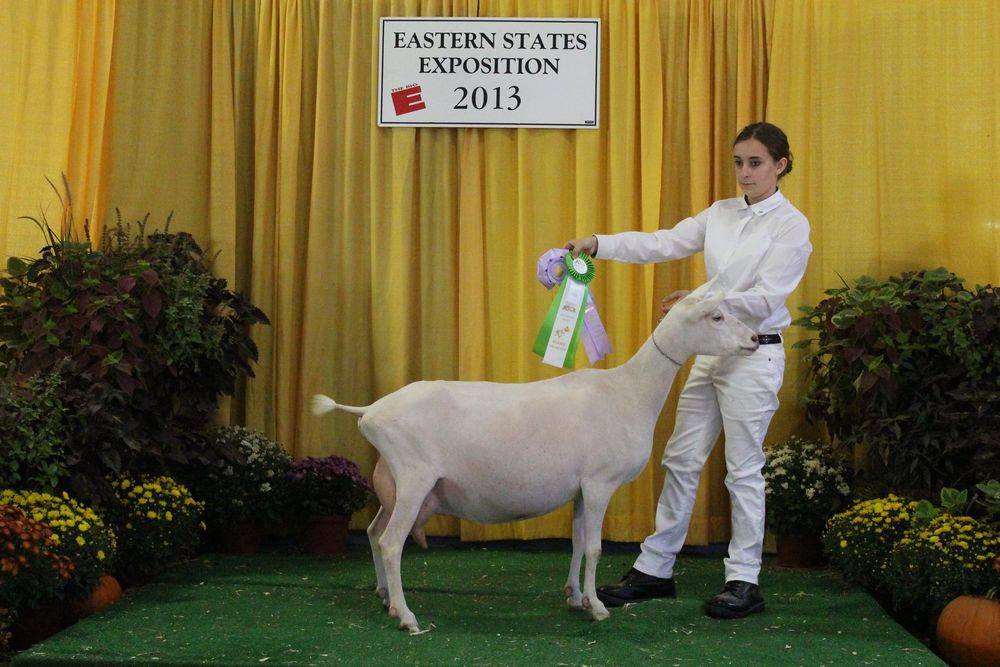 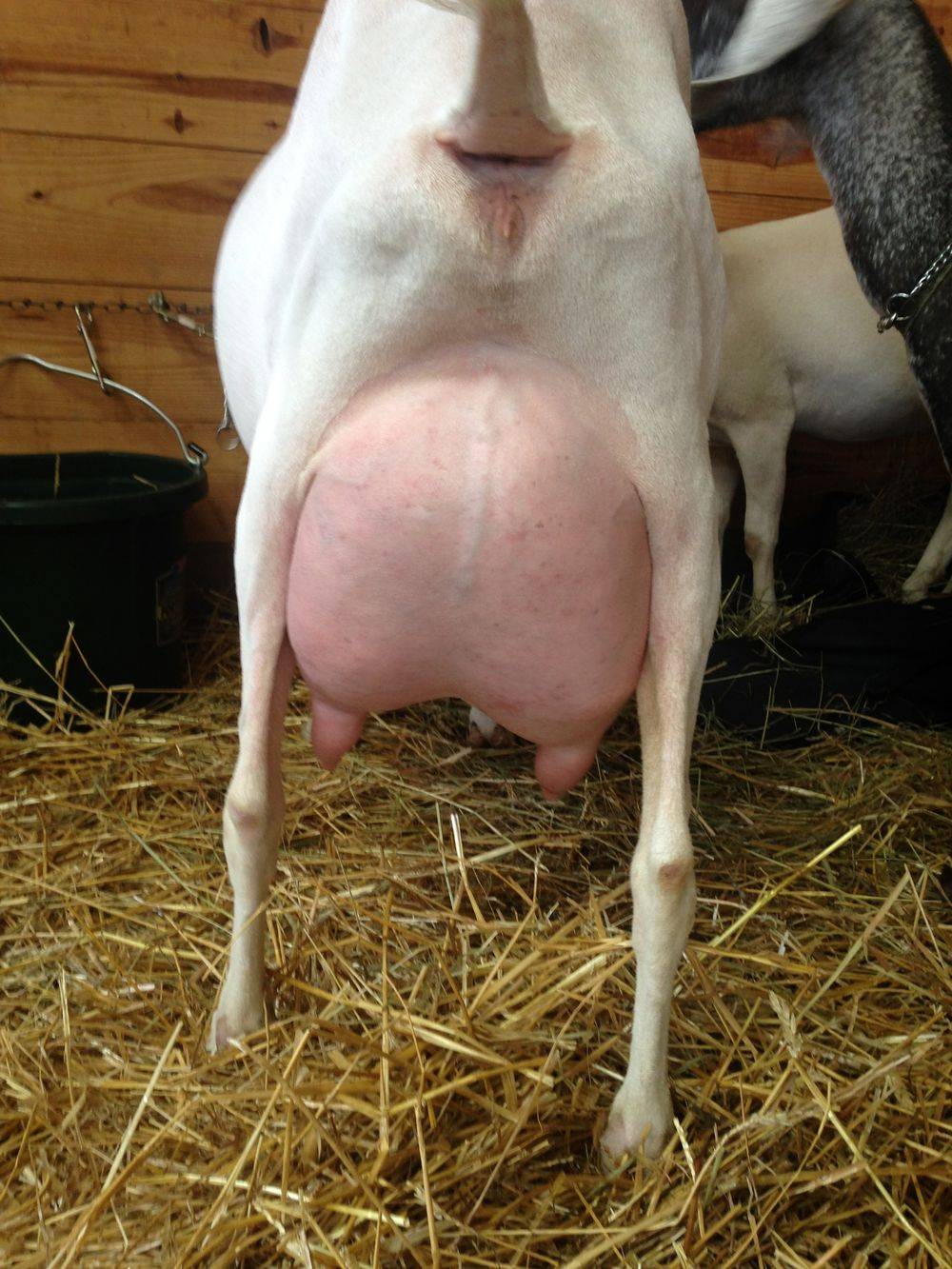 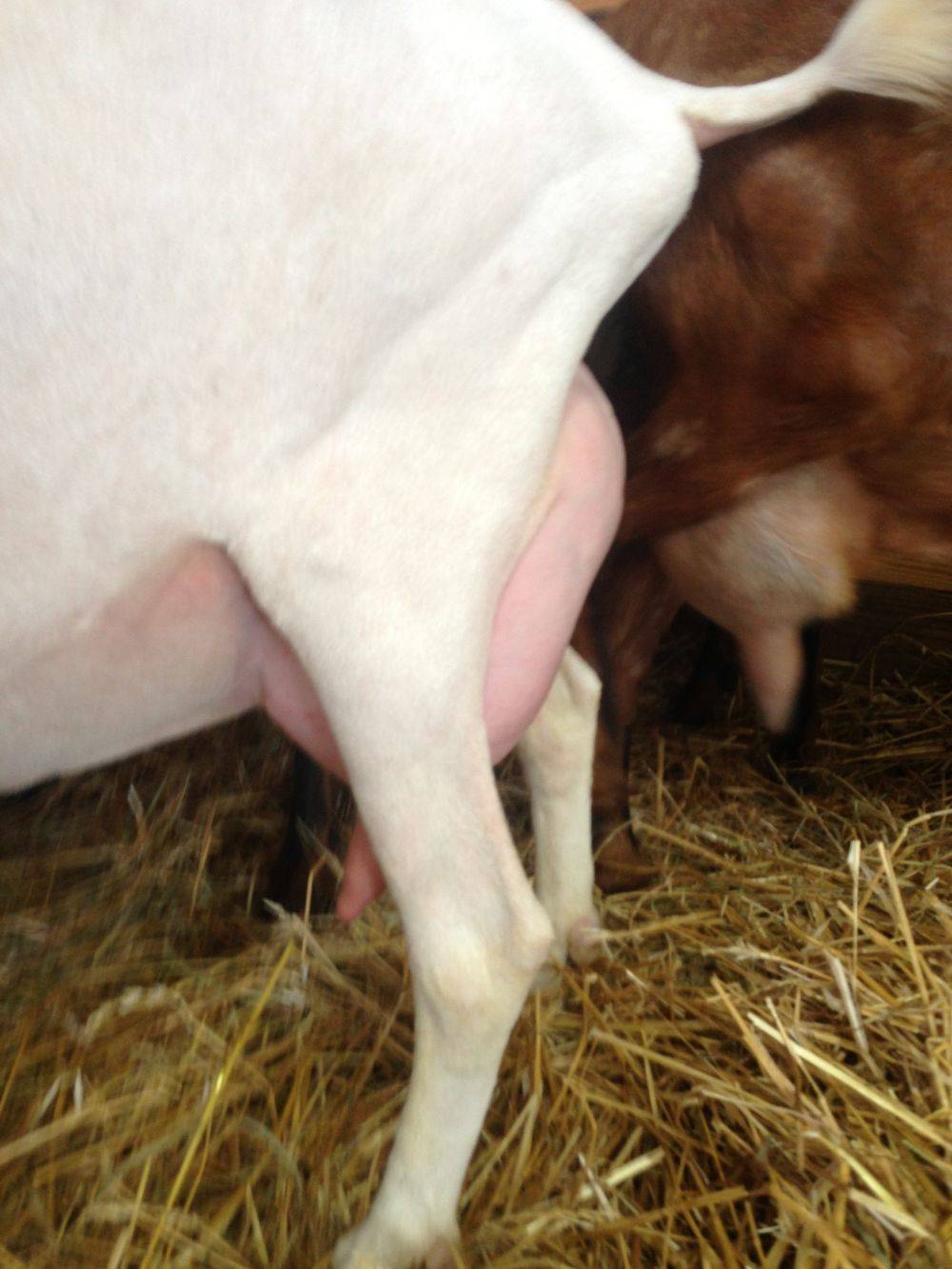 Honorable Mention for Best in Show 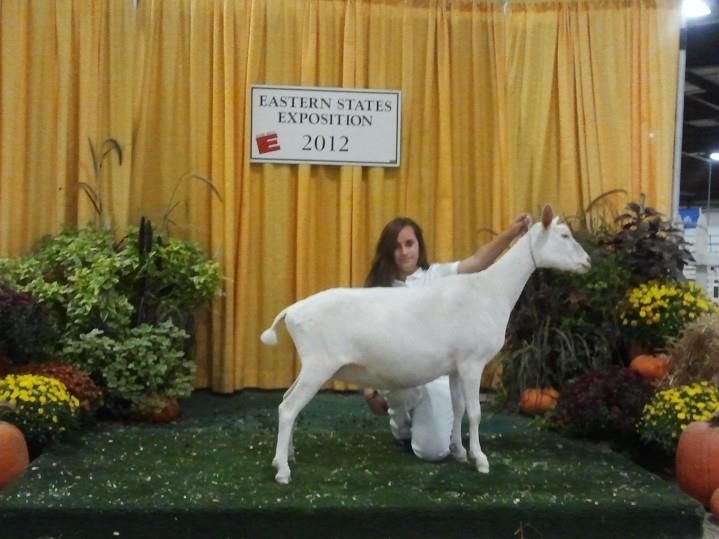 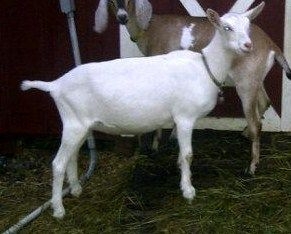